These Air Fryer Shishito Peppers are an easy snack that are filled with smoky, charred, and delectable flavors.

Shishito peppers are the perfect snack for those that love smoky peppers, but aren’t very good with spice. Hailing from East Asia, shishito peppers are commonly cooked in a wok and enjoyed as a snack. By making them in the air fryer, you get the same effect without all the oil and effort!

The outside of the green peppers char and blister, so that each bite tastes smoky yet sweet. Pair it with some ponzu sauce or eat them as is! This recipe only needs 4 ingredients and 15 minutes of your time. Give shishito peppers a try, and let us know in the comments what you think.

Start by washing the peppers and drying them thoroughly before placing them in the air fryer basket.

Spray the peppers with cooking oil or toss them in cooking oil before adding them to the basket.

Air fry at 400° F for 6 minutes, shaking the basket half way through cooking.

Transfer the peppers to a plate. Drizzle with olive oil and sprinkle with flake salt before serving hot.

Questions About the Recipe

The spice level of shishito peppers can vary between each pepper. However, none are ever spicier than a jalapeno. So, even the spiciest shishito pepper is quite mild. Typically shishito peppers run from 50-200 Scoville Heat Units, so they are very mild. Only one in 1 in 10 peppers is slightly spicier.

Should I trim the top off the shishito peppers?

There’s no need to trim the peppers. It is best to cook them whole. The top leaves you a little handle to pick them up by.

Can I eat shishito peppers raw?

Yes, you can eat shishito peppers raw, but they taste best cooked.

Are air fryer shishito peppers good to make ahead of time?

We don’t recommend cooking the peppers ahead of time. Once they have cooled down, they tend to turn soft and squishy. They are best eaten hot straight out of the air fryer with a little olive oil and flake salt. 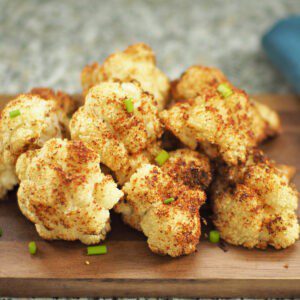 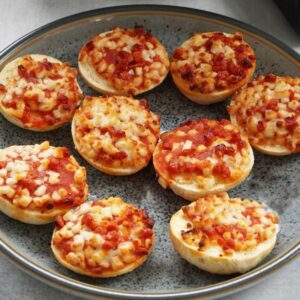 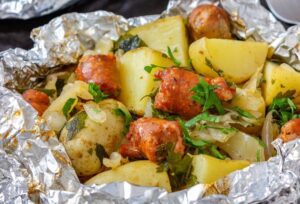 Can You Put Foil in an Air Fryer?

All air fryers have different wattage and may cook at different rates. You may need to adjust the time or temp for the best results.

🥧 If you’re interested in more great recipes, I share all my favorite recipes over at A Food Lover’s Kitchen, and you’ll find Instant Pot recipes at A Pressure Cooker Kitchen, and cocktails and drinks at Savored Sips. Check it out today!

PIN IT FOR LATER

Laura spends a lot of her time cooking and creating recipes to share. She loves traveling and learning about new foods around the world to bring into her own recipes at home. 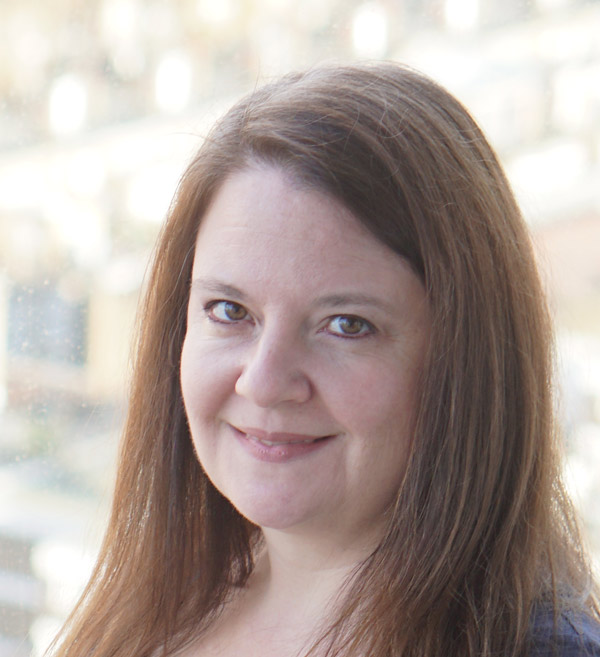 I'm the author and recipe creator at Air Fry Anytime. There's no easier way to cook than in an Air Fryer! Check out our quick and delicious recipes. 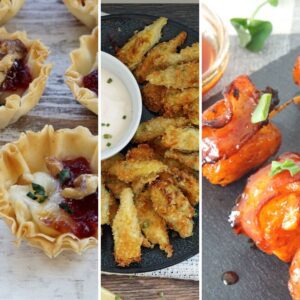 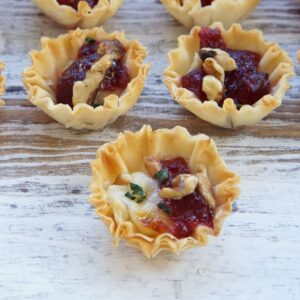 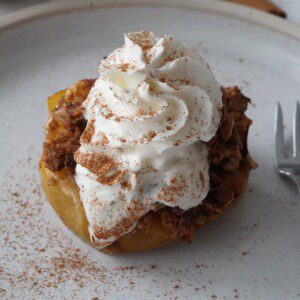